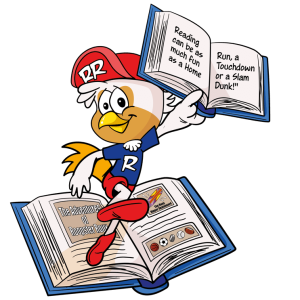 Roopster Roux is a young junior high school student in the town of Woodville where his family and friends live. The series chronicle the adventures of Roopster Roux, a sports loving rooster who enjoys reading and his heroic efforts and deeds which are due in large part to his super charged skateboard called The ROUX RIPPER, and the knowledge he gains through reading various books. The town's hip librarian Mr. Figby, friend Fast Eddie Chang, Granny Roux and his little sister Daisy often participate in Roopster's adventures and battles with the evil Tagore and an assortment of villains.

Roopster's make believe world is filled with adventure and excitement. Children are drawn in by the twist and turns that the story plots take them through. But what children love about Roopster is that he feels very real to them. The emotions he experiences are universal. When Roopster triumphs over something, kids believe that they can too. The Adventures of Roopster Roux is entertaining and educational. The stories have a message that is delivered without preaching.

The Adventures of Roopster Roux series has sold over 500,000 units including books, and activity books.

The series has been recognized and endorsed by the U.S. Department of Education, Reading is Fundamental (RIF), School Districts and local and national levels of Government entities.
Eighteen cities have proclaimed Roopster Roux Day to promote reading and literacy, including Los Angeles, Chicago, New York, Atlanta, Houston, Dallas, Portland, and New Orleans, etc.
The series has received major print and media publicity with featured articles in national newspaper and magazines. Roopster Roux also served as the spokesman for the NFL’s USA Football, Tackle Reading Campaign.

Several years ago a young rooster on his way to  try out for a starting position on the local basketball team ran a foul of a sinister plan.  As a result his skateboard was empowered and he became the hidden savior of his hometown.  As his life continued he kept this guarded secrete and started to adopt his role as a hero. Some of his book series adventures included a plot involving slime balls, the kidnapping of his Granny, a monster basketball game, and being sucked into the Internet.  Now a little older he is given more responsibility than he had within his written adventures.  The TV series will skew heavier on high action, yet keeping Roopster’s use of reading and sports to solve many problems. 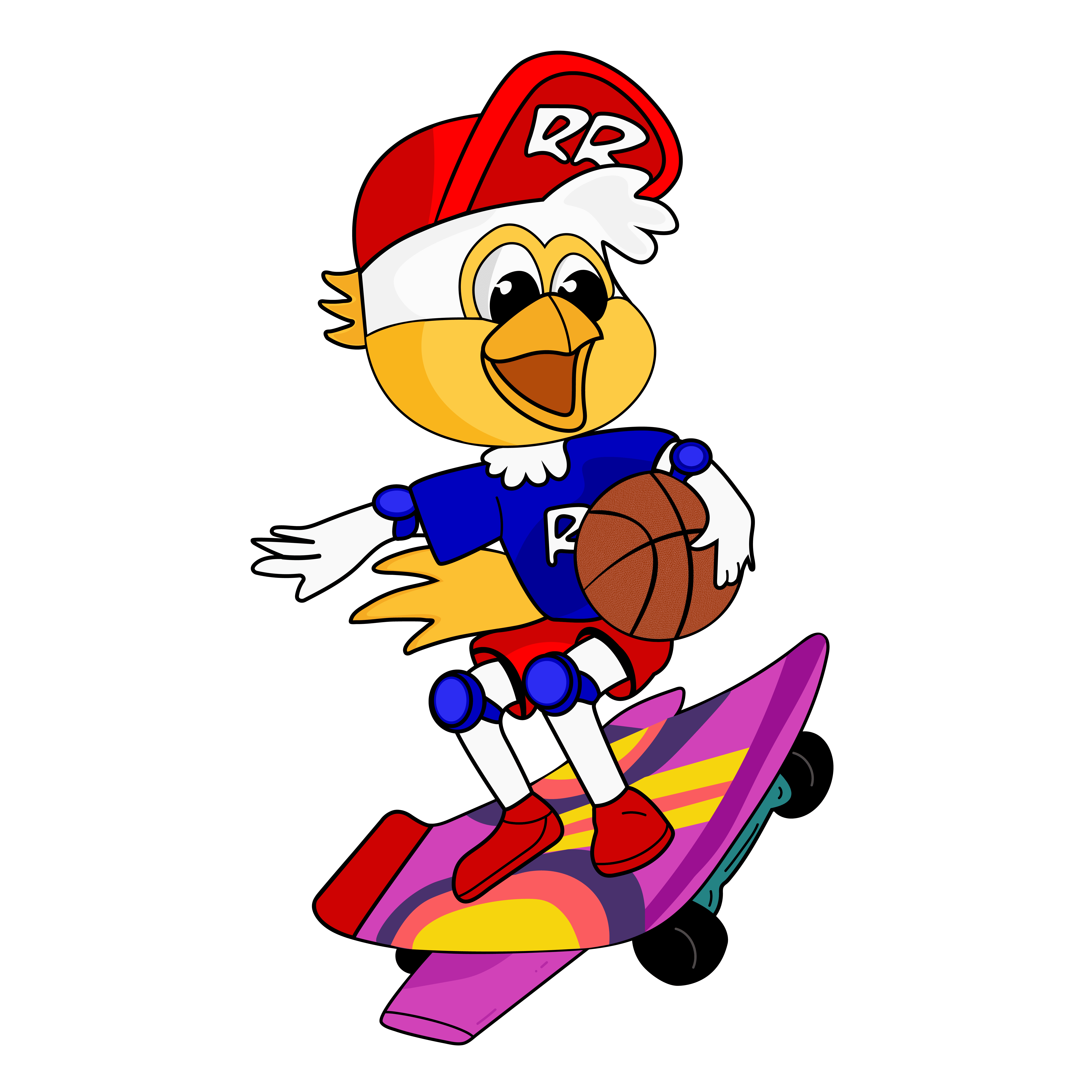 The Roux Ripper is Roopster's super charged skateboard, and his main special powerful device in his heroic arsenal. In fact, Tegore was accidentally responsible for creating it during his first encounter with Roopster.  In the book series although the Ripper is very fast it has no other powers except for being a normal skateboard.  Sometimes is goes so quickly it lifts off the ground and appears to be flying with small wings.  In the Further Adventure of Roopster Roux (The TV series) Roopster discovers the skateboards additional powers, including the skateboards ability to transform.

KNOWLEDGE IS THE TRUE POWER

Throughout all of Roopster's adventures his love of and use of books is evident.  In fact, he often defeats his foes with the specific knowledge he gains through reading during the course a story.

Even with all of Roopster's heroic bravery and super charge devices, the applied knowledge Roopster gains from written material is the true power he yields. 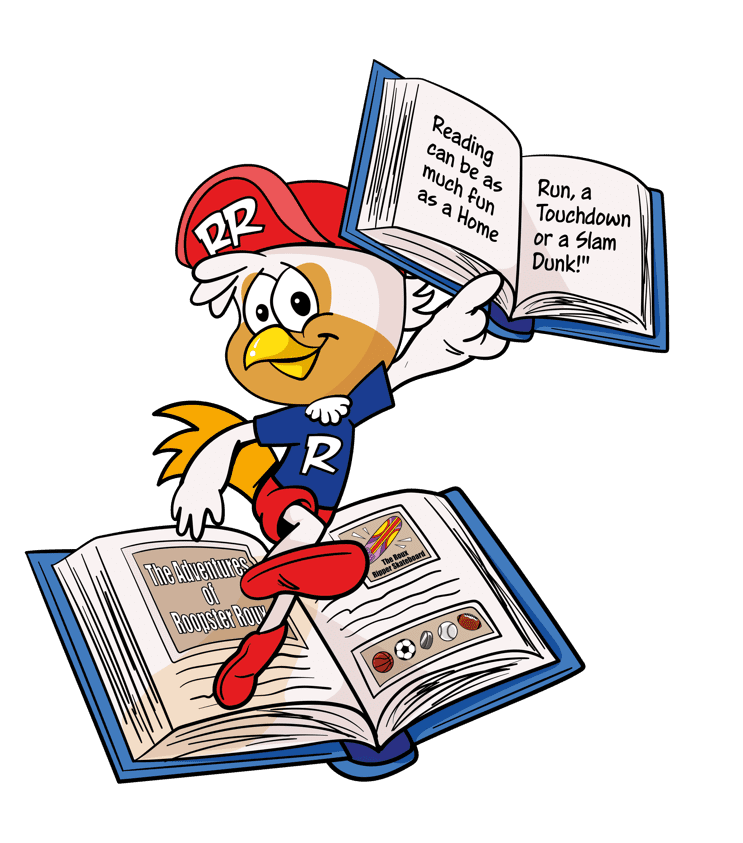